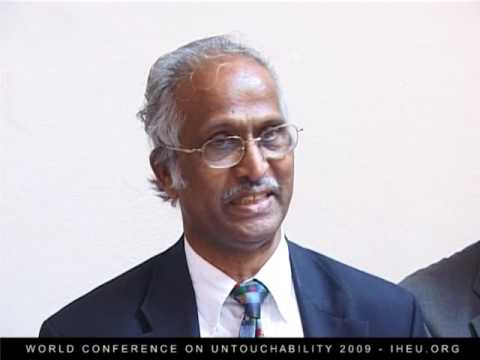 WORD FROM THE FOUNDER
In Indian caste system the lowest of the low the untouchables and tribal , nearly 300 million, have to clean the toilets, clean streets, carry dead animals-the most unhygienic jobs and thus created a biggest slavery in the world.

The reports of ilo, UNICEF India, world bank, anti-slavery international -all bring us to the reality that: India has about 17% of global population but its share of child labor is about 50% of the world, bonded labor is 50% of the world, trafficking of girls and women is 50% of the world and there are no serious efforts to solve these challenges except making laws without the will of the government to implement them. Most of these people including children, women and men are from so called untouchables and tribal the most marginalized.
1-5 year old children are mal -nourished and their death rate is highest in the world says UNICEF India report.. As far as the atrocities are concerned-the rapes of marginalized girls and women belonging to scheduled caste and scheduled tribes (Dalits and tribal) have increased by 50% plus in the last 6 years since bjp the Hindu fundamentalist party, ruled the country. Recent killing of a girl 19 years old by 4 caste biased high caste Hindus, by raping her and breaking her spinal column, cutting the tongue so that she does not speak about the criminals, is just one of the terrorizing events and then police help culprits due to prejudice and corruption .Finally she died and her body was brought in at 1 am midnight to her village and last rights were done by police without allowing her mother to participate in it.

NCRB of India notes about 3500 plus cold blood killings per year and 5500 rapes of girls and women per year and ex home minister Chidambaram says that most of the atrocities are not recorded which means only 10% are recorded and 90% are not and in that also conviction rate is less than 6%. So to deal with this massive atrocity problem and get the justice to the victims., though atrocity act has been well written but poorly implemented, Ambedkar center for justice and peace was born in north America and working since 1991 with global chapters, and succeeding one case at a time. Our website has full details on the atrocities for study. We are also educating the global civil society for the last 30 years through un as Babasaheb declared in 1946 and again in 1953 that this problem of caste based discrimination cannot solved in India and need to be taken to un like apartheid of south Africa.. It is worthwhile to remember that in 1996 committee on elimination of racial discrimination (CERD) at un recommended to India" India should start a continuous human rights education to Indian population in line with Indian constitution and un human rights instruments including convention on elimination of racial discrimination . This should be aimed at eradicating high caste and low caste mentality"(article 31,cerd /c/304/add.13-17/9/96) India did not do anything. Finally what dr. Ambedkar said to the global civil society needs to be remembered. It is the duty of the global civil society to break their shackles and set them free as it owes to all enslaved people around the world.!" dr. Ambedkar. WHO WE ARE
We are the peaceful social justice activists around the globe who are constantly working to educate the global civil society on the ill's of caste based discrimination affecting 300 millions Scheduled Castes and Scheduled Tribes and works for restoring their fundamental and human rights through Indian constitution and UN fundamental rights instruments to which countries are signatories.

ACJP is an International organization founded by Mr. Yogesh Varhade in 1991 for the Protection of Human rights of more than 300 Millions SC's and ST's in India. It is a non-governmental organization which advocates for human rights through identification of their violation, collecting incident data, its analysis and publication, promotion of public awareness while conducting institutional advocacy, and lobbying to halt these violations.
WHAT WE DO

WE DEVELOP LEADERS DISRUPTING POVERTY
Locate the victims through our network, meet them and study their cases with lawyers and start proceedings. Fight for their right to get assistance(financial) as per law, next job for the victims families, line up witnesses, and build confidence for their protection.
WE DEVELOP LEADERS DISRUPTING POVERTY
Meet all Indian government officers like SP, collector, social welfare officers and discuss with them about security of victims, their help, and rehabilitation where necessary.
WE DEVELOP LEADERS DISRUPTING POVERTY
Long-term goals are to study child slavery, forced labour, human trafficking, bonded labour, and eradication of caste based discrimination since most of them are from marginalised communities like sc/st etc. and follow these with UN which we have been doing for last 30 years.
DONATE TO PROTECT HUMAN RIGHTS
Together we can fight for human rights everywhere. We can stop torture, demand equality for people, and give hope to those facing attacks just because of what their caste is. Your donation can transform the lives of millions.